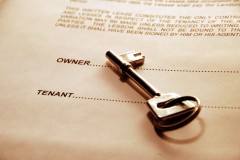 A premise lease is a valuable component of practice goodwill and can have substantial bearing upon the appraised value of a practice, particularly if you occupy a desirable location. Conversely, an undesirable lease can reduce goodwill value by 10 per cent or more. This article will outline a few of the items that you should consider when negotiating your premise lease or next lease-renewal agreement.

Most of the topics I write about are stimulated by recent activities in the market. One such situation is a practice we had for sale. The owner’s ability to close the sale was seriously compromised by a very uncooperative landlord.

In this transaction, the owner agreed to sell to a young dentist who had graduated about three years ago. The landlord believed the purchaser was too young and could not possibly afford the rent, and declined to allow the assignment of the lease to the purchaser. This was — and is — an extremely rare occurrence however, and the landlord was poorly informed about the business of dental practice.

There are several issues to consider in this case. Firstly, the Tenant Protection Act generally favours the tenant and not the landlord, so long as the terms of lease are being honoured. Most leases, including the one in question, contain a provision for the assignment of a lease under some basic conditions. It is important to be certain that the lease contains the words, “such assignment not to be unreasonably withheld.”

While this phrase was included in this lease, the landlord was not necessarily being unreasonable, as it was his honest opinion that a young dentist did not have enough experience to afford it.

However, the landlord was not told the practice actually produces about $65,000 per month in dental fees, as it was not his business. The rent was about $3,000 per month. It was obvious to everyone that the practice generated sufficient cash flow to pay rent. It was eventually discovered that the landlord wanted an advance payment of rent, prior to consenting to the assignment. I felt this was a form of exploitation of the dentists, as well as being a completely unfair request.

So, was this landlord “unreasonable” in withholding his consent? It turned out that he was. However, it took three lawyers (and thousands of dollars) to solve the issue, and the landlord was eventually ordered to approve the new dentist as his tenant.

Think about your premise lease for a moment. What if you were disabled and had to sell your practice suddenly? Would your landlord make demands that could delay or prevent a purchaser from taking over?

The following are my suggestions to be certain your lease is the best it can be.

The most important aspect of any lease is to be certain it is signed, witnessed and properly executed by all signatories. Never allow your landlord to say they will do something for you without having that exact promise put in writing. Amendments or addenda to premise leases are common, and any new terms or conditions that arise should be documented this way. If you have the first right to rent some adjoining space, get it in writing. If you are allowed a certain number of parking spaces or have the option to put up another sign, get it in writing.

2. Don’t be afraid to negotiate

It goes without saying that negotiating the best rent is in your interest. If possible, get a maximum rent increase provision (in other words, so many dollars or cents per square foot) put into the lease or the renewal options. When the time comes to negotiate your next renewal, have confidence that landlords are in the business of keeping good tenants, not in the business of constantly rotating the tenant mix of the property. Off the record, most landlords I know admit they would settle for less – they just posture about a higher rent, as it’s their job.

Think of the costs of losing you, a premium tenant, and then searching for a replacement that has no track record of credit worthiness. But what about the removal of those complicated leaseholds you may leave behind? Be careful that if you do move, you are liable to return the space to the way you found it. I know one dentist who walked, only to find out he was responsible for the cost of returning the suite to the way he found it, namely, with four concrete walls!

TMI, CAM, Net, Gross, Triple Net – What do these terms mean? TMI is Taxes, Maintenance and Insurance. These are mandatory costs payable by all property owners, typically expressed as a percentage of the building space you occupy.

On occasion, TMI is stated as a cost per square foot. For example, base or net rent is $12/square foot and the TMI is another $5/square foot. The result is your gross rent of $17/square foot.

Over and above this you may be required to pay heat, hydro and water, which may be billed directly to you, or alternatively, you may pay it to the landlord and they pay the utilities.

Another way to express these “extra” costs is CAM (Common Area Maintenance). I have read leases where either the landlord or the tenant has misinterpreted the different terminology and costs are under or overstated. There are several lease analysis firms who search for such discrepancies for a fee. To eliminate any confusion, I suggest you use the table I prepared as a guide to perform an analysis of your premise lease (see Table 1).

When you renew your lease, be certain another renewal term is then added back into the lease. We sold a practice recently that had a five-year lease with two options to renew, for five years each. The tenant dentist had indeed been in the practice for almost 15 years, and when the landlord was approached they informed the tenant that all the renewal options had been exhausted, so an entirely new lease needed to be negotiated (at a significantly higher cost than a simple assignment). The lease did state that after the renewals were exercised, no further ones were to be granted.

This situation could have been prevented at the third and final renewal stage, if the dentist had simply asked for another renewal term to be added, thus allowing for 20 or even 25 years of total lease. As a precaution, be certain you do not focus so much upon the length of the term, just the right to renew, if you or the purchaser want to stay on. I suggest a maximum term of five years at any time, and a minimum of one five-year renewal. There are strategies to increase the write-off for leaseholds, so long as the sum of the first term and the first renewal is no less than five years.

If a three-year lease with a two-year renewal is signed, you can depreciate leaseholds very quickly. However, landlords sometimes ask for premium rents if you are willing to sign for short terms only. Please see your accountant about taxation issues and leaseholds.

The building I am situated in has been sold recently. The landlord is a nice man, but he is new to this business and is making a series of very simple mistakes. Namely, he hired a new snow removal firm this year that promptly covered over 10 of our very valuable parking spaces in December. As well, he changed garbage services and we have had weeks of late pick-ups, garbage on the ground, etc.

What could you do if this happened to you? Writing a letter to the landlord is the first action and you may want to encourage other tenants to do the same thing. Leave voice mails and demand action (within reason). Withholding rent is a very risky option though, as it may put you in breach of your lease and cause much more serious problems. Therefore, my advice is to pay your rent, even though the landlord is not earning it.

When you sell, some landlords may be able to hold you liable for the remainder of the term. Essentially, they can make you pay if the new dentist doesn’t. Most leases include this provision, but some landlords have let tenants off the hook. See your lawyer about this topic prior to signing the next lease renewal agreement.

Watch out for demolition clauses in your lease. Ask anyone who had a practice at 99 Avenue Road in Toronto about demands to vacate within six months, because the landlord had the right to terminate all leases for demolition. I know a dentist who built a beautiful practice and one year later was told he had to vacate, because the demolition clause was not noticed. Tens of thousands in leaseholds were abandoned.

Termination of a lease can also occur after the sale of a building, even though the building is not being demolished. Look for a termination of lease clause, which applies in the event of sale of the building.

Some leases contain a provision allowing the landlord to terminate a lease just by you requesting the right to assign it to another tenant. This is rare, but we’ve experienced it before. Once again, see your lawyer about this clause.

I suggest you use the service of a professional lease negotiator if you are not comfortable with the process. There are several firms specializing in this area, and most appraisers should be able to provide you with names. I caution you about using your local realtor, who may only specialize in residential leases. They may not understand the intricacies of commercial leases.

Dealing with premise leases and landlords is a real pleasure for some and a terrible battle for others. There are laws governing the relationships we have with each other, but in this case, there are no better ones than those of common sense and patience. Dentists are very valuable tenants, as you enjoy one of the highest credit ratings of professionals. Remind your landlord of that next time they negotiate with you.