Go Remote: What are the Options for Owners of Remote Practices? 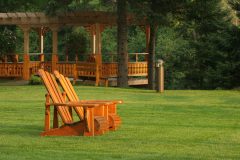 One sunny day, while I was sitting on the shore of a beautiful lake in a northern city several years back I contemplated why don’t more dentists want to live and work in the northern environments?

In the regular course of appraising practices, brokers meet with some of the happiest dentists in Canada, who emote about their love and appreciation for the northern sensibilities. They talk about how their families love the outdoors and how they’ve prospered from their community oriented practices.

While meeting with one such practitioner on this particular sunny day we discussed his future plans and what plan of action he would take to sell his practice. The appraisal of his practice was much lower compared to a similar practice in a major suburb or city—simply due to lack of demand from today’s buyers. So, he wondered why he should even consider selling his practice, and what were his alternatives?

I’ve studied the situation relating to medical doctors over the past decade and, as we all know, there’s a very serious shortage of MDs in most rural and remote regions of Canada—especially in the far north. The same trend is now developing in the dental market and brokers are finding that a shortage of dentists, primarily in the
northern regions, will become a serious issue in the near future.

During the appraisal process, my client asked me three questions:

1. What is the profile of the typical Canadian dental graduate?

2. Will they consider leaving the greater metropolitan areas?

3. Will I (a late-career dentist) be able to transition my thriving practice to a successor?

1. Today’s dental graduates are about 60% female and, if gender is not considered, about 40 to 60% are from 1st- 2nd- or even 3rd-generation families that are not common in northern regions;

2. Most admit they have no intentions of leaving the “big city”;

3. His chances of selling his practice are 50% or less.

My client then asked me to propose some options. My (very candid) suggestions:

1. Authorize me (as his broker) to advertise and seek out a buyer for his practice at the appraised value or less, then retire. We agreed this may take up to 3 years to accomplish;

2. Work another 2 – 4 years on a gradually reduced schedule and then shut the clinic down. The issue of patient abandonment is raised here and the various dental regulators provide guidelines that you must be aware of;

3. Attempt to identify an Associate (known as the Associate-to-Own program) who will learn to appreciate the lifestyle in this area with the plan that they may purchase the practice.

Each of these options has benefits, yet there are also risks associated with each:

1. Selling was the practice owner’s first choice because the patients will be cared for and the staff would continue to have a job. Concurrently, the dentist would immediately cease to earn an income. He may be able to retain a part-time position with the new owner to assist in the transition but within 3 to 6 months the new owner would be fully integrated into the office and likely no longer require his services. Essentially his income is drastically reduced and then stops. If the practice is sold for the asking price (roughly $250,000) the proceeds would be quickly diminished by sales commission (10%) and other costs of disposition. The resulting profit from the sale would be about $150,000. At a 3% savings rate (and after deducting income tax on the investment proceeds) he would earn about $350 per month. This is compared to his current income of about $15,000 per month. He only works 44 weeks per year, 26 to 30 hours per week.

2. Another option is to slowly cut back on hours, reduce staff hours (and their wages) and close the door after 2 – 4 years. This would result in continued income over the period, yet pride may prevent the owner from doing this to the community, staff and patients. It may be a more economically sound decision, yet it’s not the “honourable” thing to do, and patient abandonment is a serious issue.

3. Hiring an Associate is a great idea, yet they are hard to find and they would expect a significant discount to the purchase price due to their “contribution” to the practice during their tenure. Price is usually reduced when the Associate has more or less kept the practice going as the owner cuts back.

The options are not that attractive, and the ultimate decision is a difficult one to make.

My suggestion for those who own and operate such practices is to think many years ahead and plan accordingly. It can take up to 5 years for the transition of this type of practice to a new practitioner. This is due to a lack of understanding of the many benefits offered by a career in remote towns. I’m amazed that more young dentists don’t see this as an option, with lower-than average overheads, high regard or standing in the community, busyness beyond their dreams, and time for family and hobbies in an unmatched environment. Additionally, building a financial base is much faster than is possible in areas with higher densities of dentists (competition!).

Anyone discouraged by life in the big city should seriously consider the opportunities of a remote practice. And owners practising today should begin their exit-strategy planning years ahead. Between the two, there’s a mutually beneficial resolution here for both new and retiring dentists.