How Much is a Patient Worth? 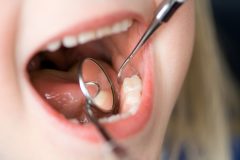 A well respected dental consultant recently informed a dental practice purchaser that patient files are each worth $100. However I later learned that the practice in question was located in Mississauga — which is one of the most sought after locations in the entire country. Thus the value of each patient file could be significantly higher. As evidence, a practice in downtown Toronto was recently sold for a goodwill price of $320,000. This practice had to be moved immediately to another location and had only 800 active recall patient files in total — which works out to exactly $400 per patient. Further, there were no hold backs in the offer, no reconciliation formulas based upon patients showing up or income staying the same or even a requirement that the former owner remain for a transition period. It was an unconditional cash sale.

Quite simply — the market knows what something is worth. Supply and demand are the major determinants of what a sale price will be. Look at the stock market. Look at residential real estate sales. When something is over priced (or is in low demand) it sits around unsold for a long time. When it is under priced (or is highly coveted) it sells in an instant. The conclusion is that when there are already too many dentists serving a community, and more wanting to enter, and not enough patients to go around, the value of each patient file will be higher. Fair market value is described as the estimated price at which an asset or service would pass from a willing seller to a willing buyer, assuming that both buyer and seller are acting rationally, at arms length, in an open and unrestricted market, when neither is under compulsion to buy or sell and when both have reasonable knowledge of the relevant facts. It is also presumed that the price is not affected by special or creative financing or sales concessions granted by anyone associated with the sale.

Although the previous simplistic calculation determined a value of $400 per patient, there are many variables that may alter this number either up or down. I submit that a similar “per patient value” should hold true for all major cites that have a surplus of dentists — as there are few major market differences (with some exceptions) between provinces. In addition to all of the GTA, Vancouver, Calgary, Edmonton, Ottawa and to some extent even areas of Halifax, are very similar in terms of the supply and demand of dental manpower. This opinion is substantiated by the actions of buyers and sellers across Canada.

As further evidence supporting market-based valuations one only has to look to the actions of all five major banks (especially Scotiabank and RBC) who may offer financing to a creditworthy dentist, anywhere in Canada, often based upon an accurate practice appraisal. The banks have confidence in market-based values because they have confidence in dentists. They know that most new dental practice owners can service their debts and pay themselves at the same time.

What is a patient really worth from an investment perspective? If a patient is booked just twice for a cleaning and once for one mediumsized restoration, the dentist will probably bill about $500 for the year. Over 10 years this patient would generate about $5,000 in gross fees. Thus, from an income related to investment approach, if the purchaser paid $400 for the chart, this works out to an 8.7% return on investment. Plus the dentist still owns the chart after ten years and could probably sell it for $400 — all other things remaining equal.

As further evidence for the everincreasing value of dental practices (and ultimately for patient files) an Investor Dentist (i-dentist™) client wants to purchase several dental practices and then place as many associates as possible into these offices, while not planning not to work in any himself. Why? Because a 10-20 percent return can be readily achieved just through managing these offices. When this investor repays all acquisition loans, the return increases to almost 30 percent!

Prior to 1974, when my father Roy Brown first suggested that a dental practice had any value at all, most dentists simply shut their doors and retired. Today, with practice values at an all-time high, we stand by our commitment to owner dentists; those who have dedicated years to establishing their practices. These practitioners deserve to be respected by today’s young purchasers.