Predictions and Observations of the 2002 Market – Part 1 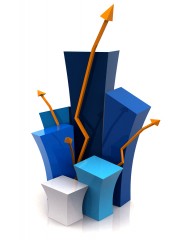 This column was written in the early summer of 2002 while I was on holiday in Muskoka. Part of my holiday included a read of one of the many books authored by Henry David Thoreau (1817-1862). He was a rare individual for his time, and he wrote in a rather extreme fashion. I find that his writing style is brutally direct and even a little bit wild. With his influence, I made some observations and gathered some current information that I now wish to express in a fashion similar to Thoreau’s.

For the past five years I have been predicting that the number of practices put up for sale in 2002 and beyond would steadily increase. I have also predicted that the average selling price of a Canadian dental practice will decline as the supply increases, and according to basic economic principles, the demand will decrease, or in the least, not keep pace.

I am certain this trend will occur due to the many variables affecting the dental profession that I frequently speak about, both in my Ontario Dentist columns and elsewhere. However, there are always x-factors involved in any prediction, and a significant one has recently emerged that may delay my predictions from coming to fruition by one or two years.

Let’s consider the stock market for a moment. I am working with a few clients who have bravely admitted to me that they were exposed to the recent plummet in share prices, meaning their plans to exit from dental practice ownership are now temporarily on hold. When a few of my clients speak up like this, I suspect there are even more who are silent. On the other hand, I know of some who have always practised a conservative style of investing and they tell me they are secure in their finances and will indeed exit ownership as planned, regardless of the stock market’s unpredictable behaviour. In the near future, this will ensure that a supply of practices will continue to be put on the market, albeit a very limited one.

I now conclude that the dramatic increase in the supply of dental practices for sale will be slightly postponed. The demographics of the Canadian dental profession will ensure that it will occur, but the timing has now been delayed a year or two. This is bad news for the dozens of young dentists who are patiently waiting to buy an established practice, yet good news for those of you who are not ready to sell, as prices will likely stay at their present highs for some time yet.

“For Sale by Owner”

I have noticed a significant drop in the number of privately placed classified advertisements from dentists who are attempting to sell their own practices without the assistance of a broker. This is the case in all the Canadian dental journals, and I believe it is due to a number of reasons.

The delay of retirement plans, as mentioned above, is the first and possibly the most significant factor. Secondly, the dentists who now form the largest segment of the marketplace that wishes to sell a practice are baby boomers. Based on an informal survey of the retail landscape, replete with brokers and agents offering almost any service imaginable, boomers are the all-time highest and most frequent users of professional services, such as dental practice brokers like me.

The bottom line is that a baby boomer is much more interested in personal time than making a few more dollars by selling a practice themselves. Considering that the time required by a professional broker to do the same routinely runs in the hundreds of hours, who can blame them?

Thirdly, female dentists now represent more than 40 per cent of the dental practices currently listed for sale with our company. My research indicates they have many other obligations in life, such as raising families, maintaining households and attending to other career interests such as professorships. Accordingly, a female dentist is more likely to rely upon professional advice than a male.

Another indicator, and one that is linked to these last two developments, is that the Do-It-Yourself (DIY) mentality seems to be disappearing from society in general. I suspect this is because baby boomers in particular are less inclined to the DIY way than were their parents. For example, I am much less likely to build a house than was my father. Also, I am much less likely to build a business from scratch like my father did, and so on. In the instance of dentistry, I witness that the trend towards buying a practice continues to grow, and the trend towards building up a dental practice from scratch continues to decline.

A further reason that fewer dentists are not trying to sell their own practice may be that the residential real estate market has done a fabulous job of educating the baby boomer about the value of brokerage services. The major real estate brokerages make great efforts to publish statistics that “prove” the savings achieved when selling your own home are minimal. If we can relate this to dental practice sales, the first motivation to sell your own is usually to save the commission.

On the other hand, you can almost be sure the very first thing a buyer will do when they discover a broker is not involved, is suggest the difference in commission be split between the two parties – which immediately reduces the sale price by about five per cent, on average. And further, I predict that your lawyer and accountant will be required to perform more functions than when a broker is used, thus increasing their costs and eating away at any of your potential savings.

In light of all these trends, I predict that service industries – both yours and mine – will continue to grow steadily.

Postscript: After this column was drafted, the major stock market indexes went up about 10 per cent in less than a week. Any prediction must be considered a “best guess” at the best of times, and can obviously be affected by numerous variables well before we can prepare ourselves. Are you prepared?