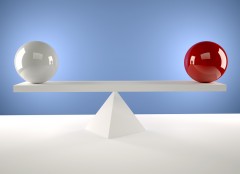 It has always been my philosophy that you should sell a practice when you are ready to sell all of it at once. If you want to continue in the practice, do so as an associate of the purchaser because selling a share can be more of a burden than a blessing due to the high failure rate of partnerships in general.

Some of my clients have told me that they would prefer to sell 50 per cent of their practice, then enter into some type of partnership or cost-share agreement with the new owner, with the hope of selling the remainder of their share in the future. While this practice is not uncommon, I caution my clients about the pitfalls of partnerships. In my opinion, the best agreement between vendor and purchaser dentists would be one of cost sharing – not an equity partnership. Essentially, this means that your gross billings and net incomes are kept separate and the two dentists agree to share only in the cost of the day-to-day operations. An equity partnership, on the other hand, means that each dentist shares both in the other’s profits and overhead. This is where the trouble can begin, particularly if one grosses more than the other. For example, as your partner, say I produced $40,000 per month and you produced $30,000; I would wonder why you should get one-half of the monthly profit (that I generated).

There are many formulas and many opinions; mine is simply this: Watch out for partners – and if you do have one, keep your financial matters as separate as you can. Sharing costs is easier than sharing revenues and profits.

There are two reasons for this premium. First, it reflects the risk that the remaining interest you own may be difficult to sell in the future. What if the individual you sold the first half to finds that they are busy enough in five years and decides not to purchase the rest? What if they say, “I just finished paying off the first half and I don’t want to get right back into debt again.”? Now you have one-half of the assets for sale and your own goodwill at its then current value. Your goodwill would be roughly 25 per cent – 40 per cent of your gross at that time. Remember, too, that you are now trying to sell some kind of partnership to a new third party. What if your partner complicates things? Remember that they have advisors too (lawyers, accountants, spouses, dental dealers, etc.).

When you sell the first half you can provide for a formula like the one above to determine the value in five years. You can also include terms in the agreement when you sell the first half stating that your remaining interest must be purchased in five years. You can predetermine price but that is not very practical as practice values will change over time. You could agree that the buy-out price would be subject to a new appraisal. But what if, for whatever reason, they find a legal loophole to get out of the deal? What if they just won’t cooperate? Now you have the problem of a partner that could really complicate the sale to a third party.

The second reason to ask for a premium is to reflect the value of everything you are going to do to teach, train, and assist the newowner in building his or her portion of the practice, possibly increasing its overall value. Introducing the new partner to referral sources is a key issue. Additionally, you are well-trained in patient marketing and relations and your business is well managed. The value of all you can teach the purchaser is tremendous and you should be rewarded for this somehow. The premium reflects your desire to be compensated to some extent for what you are going to do.

Many owners believe that splitting the business into two separate entities will then result in the development of each practice into two bigger clinics. In particular, most dentists believe that they could send many previously referred-out cases to the new candidate and they, in return, could cross-refer cases back to you. The result is separate practices that both gross more than one dentist can do alone. In the end, you may very well end up with the same size practice all over again. I’ve seen this happen before. Several years ago, we sold half a practice to a young dentist. At the time, the entire office was grossing $500,000. Now, both dentists are grossing over $500,000 each. However, one problem has occurred; the younger partner is so busy that he will not purchase the rest from the older partner who wants to retire. This leaves the retiring dentists with no choice but to find a third party to buy out his share, opening the door to potential strife.

In a nutshell, I suggest caution when selling a portion of your practice. Be aware and focused on the purchaser’s long-term interests and not just the sale of a share in your practice. Better yet, sell the practice as a whole and remain as an associate. But no matter what you choose, appraisers and brokers can be of further assistance to review the deal and the documents for “practical” issues, not legal. They can also work as the intermediary between the vendor and purchaser to keep both at “arm’s-length” to keep the spirit of the negotiations flowing smoothly.