What are the Options for Owners of Remote Practices? 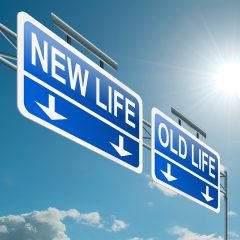 As I sit on the shore of a beautiful lake, north of Sudbury, watching people out on their boats enjoying this magnificent region, I realize how lucky the dentists are who have chosen to practice here.

In the course of my travels, I meet so many dentists who love regions like this, prospering financially and spiritually from community-oriented practices. While meeting with one such practitioner, we discussed his future plans and what actions he would take to sell his practice. It was determined that his practice would be appraised for a lower amount than one similar in a major suburb or city due, in part, to the lack of appreciation for the northern sensibilities.

I have studied the situation relating to medical doctors over the past five years. As you are likely aware, doctors are suffering from a massive shortage of human resources in some regions, especially the northern region of the province. As I see it, the same trend is now developing in the dental market and I predict that the shortage, also primarily in the north, will become a serious issue within the next five years. To understand the reasons for the decline, you must first address related issues.

What is the profile of the typical graduate from dental school these days? Is he/she likely to consider leaving the larger metropolitan areas? What policies are in place to ensure that dentists currently practicing in outlying regions will be able to find suitable replacements for their practices? What public policies should be considered when admission requirements are set by the dental schools? Does the public subsidize dental education?

These are just a few of the issues my client and I discussed in relation to his practice appraisal. We determined that his options are as follows:

Each of these options has benefits to the owner, yet there are dangers with each of them:

The options, as you can tell, are less than attractive and the ultimate decision will be a difficult one to make. It can take up to five years for the transition of this type of practice to a new practitioner, so my suggestions for those who own and operate such practices is to plan accordingly and well in advance. As I see it, the reason is the lack of appreciation of the lifestyle and the many benefits of developing a career in a remote town. I have written about them before and continue to be amazed that more young dentists don’t see what others can see.

Among the benefits are lower than average overheads, high regard or standing in the community, and time for family and hobbies in an unmatched environment. And these are just a few of the benefits.

I suggest that anyone who may be discouraged by life in the big city seriously consider these opportunities. And dentists who are practicing today should begin their exit strategy many years ahead, using the three options mentioned above as a guide. The choices are limited but, eventually, one must be made.